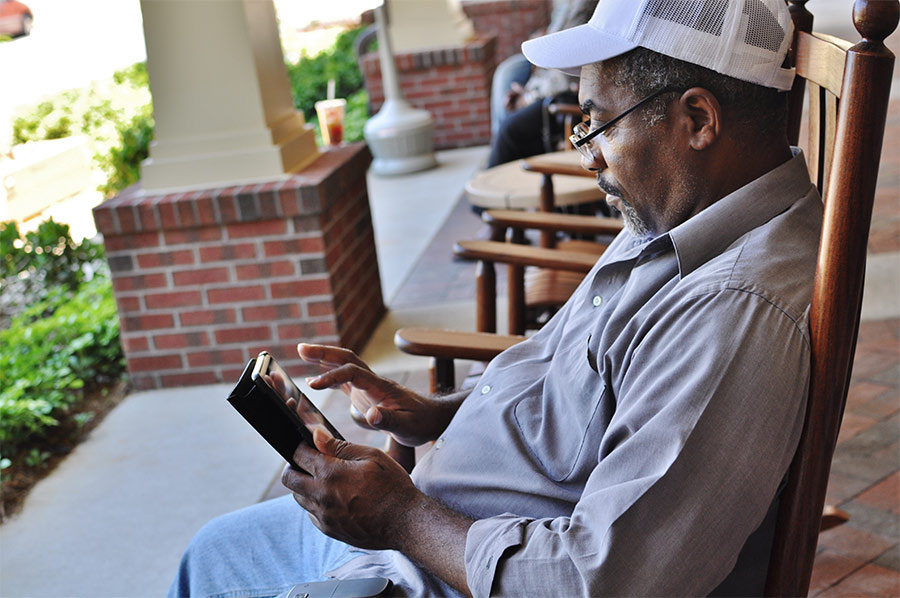 Project is the initial phase of the Boulevard Homes redevelopment

“We hope the first completed phase of The Renaissance community will spur the revitalization of the West Boulevard Corridor,” remarked A. Fulton Meachem, Jr. president and chief executive officer at CHA. “At the time of the completion of phases II and III, The Renaissance will be able to leverage its many resources and services to offer better educational, economic and living opportunities for its residents and the surrounding community.”

The Renaissance is the redevelopment of the former Boulevard Homes, located along West Boulevard, just east of Billy Graham Parkway. Phase I of the redevelopment, The Retreat at Renaissance, consists of 110 units for fixed-income seniors and disabled residents. The senior-living community offers residents fully equipped designer kitchens, open floor plans, spacious closets and laundry centers on each floor. Community amenities include a large veranda with rocking chairs, private screened in porches, garden plots and a fitness center. Leasing has gone extremely well and the community is expected to be fully leased within the next 30 days. The first residents moved into The Retreat in September.

“The collaborative partnership between LSR and CHA has been imperative in carrying out the vision of The Renaissance,” remarked Janelle Brown, senior development officer at CHA. “The success we have seen through the leasing process is really a testament to the quality of the development.”

The subsequent residential phases of The Renaissance, phases II and III are designated for working families.  Pre-leasing for these units has begun and move-ins are expected before year end 2013 and will continue through 2015. The next phases include a total of 224 affordable and market units and a community center.

“We’re excited about what The Renaissance redevelopment will mean for its residents in terms of the unique services it will provide them, and we’re excited about the impact the redevelopment will have on the City’s efforts to reinvigorate the West Boulevard,” said Mayor Patsy Kinsey.  “The project is a model of what the public and private sectors can achieve when we work together to improve the lives of our citizens.”

The new, holistic community is built to high quality, market standards and will include a fully equipped clubhouse, which integrates technology, health and wellness and fellowship. At completion, The Renaissance community will offer its residents a “cradle-to-career” educational continuum that includes a five-star child development center and K-8 charter school, connection to the greenway, health and wellness services, community garden, exercise facility, library/computer center, pool and playground.

“We are very optimistic that The Retreat at Renaissance will help meet the quality affordable housing needs of elderly residents in our area,” said Dionne Nelson, chief executive officer of LSR. “Our model of mixed-income housing affords our seniors safe, economical and environmentally sensitive living with practical amenities to provide a healthy, connected lifestyle.”

In 2010, the U.S. Department of Housing and Urban Development (HUD) awarded CHA a $20.9 million HOPE VI grant for the demolition and disposition of the former Boulevard Homes. Laurel Street Residential was selected as the developer for all on-site residential units and the community center. The City of Charlotte has committed $12 million in voter-approved funds, including $5 million of Housing Trust Funds (HTF) and $7 million from Neighborhood Improvement bonds to assist with infrastructure improvements.

“The Retreat will support the growing demand for affordable housing in our community in using a sustainable living model addressing all age levels and environmentally-friendly practices,” commented Pamela Wideman, deputy director for the City of Charlotte Neighborhood Business Services department. “The Renaissance is an excellent example of what can be accomplished through a partnership with the Housing Authority and private developers and is a win-win for the city of Charlotte and its deserving citizens.”

Education at The Renaissance

In 2012, CHA created an advisory committee of local leaders and subject experts to craft a vision of success for the education continuum. Based upon the recommendation of the advisory committee, the CHA board of directors approved the creation of Renaissance West Community Initiative (RWCI) as an independent non-profit organization that will coordinate the education and services continuum at The Renaissance and pledged $200,000 annually for the first two years for its operations.

Laura Clark, the executive director for RWCI, announced earlier this year that the organization partnered with an Atlanta-based nonprofit consulting firm Purpose Built Communities and has chosen Atlanta’s Charles R. Drew Charter School as the model for the K-8 charter school to be developed at The Renaissance.  The search for a principal for the school is currently underway.  The charter school is expected to start accepting applications in 2014 and open in temporary facilities in 2015 serving students attending kindergarten through 3rd grade.  The school will begin with 200 students and serve an additional grade annually until the school reaches full-scale at 8th grade. For more information on the educational village at Renaissance please visit www.RWCI.org.

The community’s grand opening celebration is a rain or shine event set to take place Friday, November 1 with remarks beginning at 10:30 a.m. at the Retreat at Renaissance. Mayor Patsy Kinsey, Congressman Mel Watt, N.C. Senator and CHA board member Joel Ford, and Councilwoman LaWana Mayfield, are scheduled to speak at the event. After the remarks, the speakers will participate in a ribbon cutting ceremony at approximately 11:30 a.m. Those in attendance are asked to park in designated areas and arrive early. It is a private event, but media are welcome.

The Renaissance is a holistic redevelopment of Boulevard Homes, a former Charlotte Housing Authority community.  The new development is funded with federal tax credit equity, HOPE VI and other housing authority funds, investments from the City of Charlotte, state tax credit loans and other private market financing. Rather than focusing on just a single component of community change, this holistic initiative will include mixed-income housing, outstanding cradle-to-career educational opportunities, youth and adult development programs, job training, health and wellness programs, transportation access and recreational opportunities. The education and services continuum will be coordinated by non-profit, Renaissance West Community Initiative.

Being built on 41 acres at West Boulevard and Billy Graham Parkway, The Renaissance is a $75 million community that will include 224 units of mixed-income family housing, 110 independent living senior units, a high quality child development center, a charter school, connection to the greenway, and a community center. The mixed-income housing is being developed by Laurel Street Residential and managed by WRH Realty.

The overall community will also have a large emphasis on sustainability. The developer is pursuing LEED® Neighborhood Development certification for the Renaissance master plan. In addition, the team received an Affordable Green Neighborhoods Grant through US Green Building Council.  Residential units are being built to meet Energy Star standards and will seek Earthcraft certification. Cari Jones Architecture is the lead architect on phases I and II, and Neighboring Concepts is leading the community through sustainability certifications, master planning and is the lead architect for phase III.

Those interested in leasing a The Retreat at Renaissance apartment can email the property manager at theretreat@wrhrealty.com, call 704.589.9679 or visit www.retreat-clt.com.