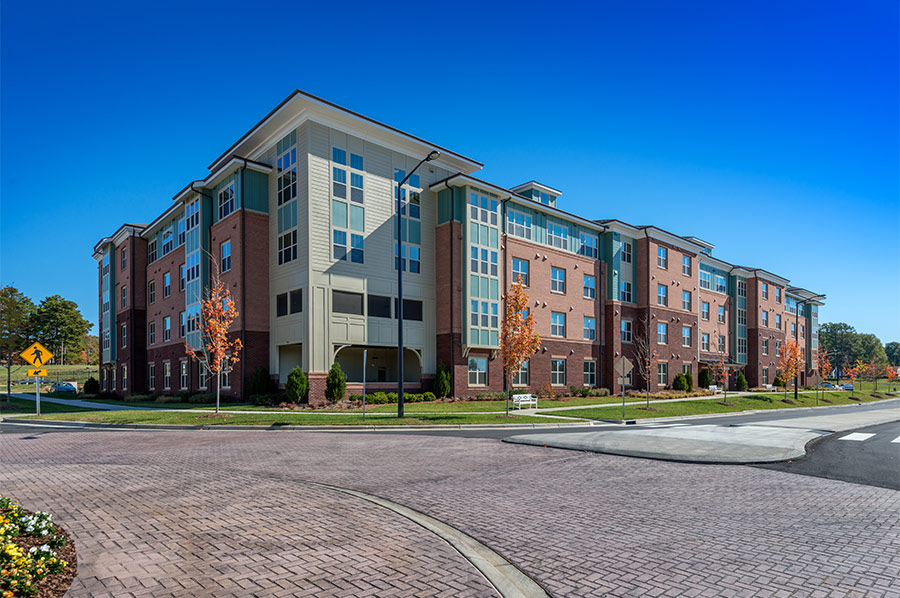 Charlotte, N.C.  September 20, 2012–Laurel Street Residential, the residential developer for the 41-acre mixed income new community, has begun construction in the Boulevard Homes Redevelopment, continuing its work with the Housing Authority of the City of Charlotte (CHA) to revitalize this former public housing community, which was recently renamed The Renaissance.  Laurel Street teamed up with general contractors Weaver Cooke & R.J. Leeper in a joint venture to build the first residential phase, and Miles-McClellan, in the construction of infrastructure. Phase I of the development of the new Renaissance community is expected to be completed by September 2013, a first step in the community’s goal to reinvigorate the West Boulevard corridor.

“We are excited about the intentional thought that went into this redevelopment and its efforts to provide the very best quality of life to its residents and the surrounding community,” said Anthony Foxx, Mayor for the City of Charlotte. “This is a perfect model of how mixed-income development should be designed.”

In 2010, the U.S. Department of Housing and Urban Development (HUD) awarded CHA a $20.9 million HOPE VI grant for the revitalization of the former Boulevard Homes, a 301 unit public housing site, CHA has also committed up to $9 million in funding for the project. Additional financing included federal low income housing tax credits and a state tax credit loan. The City of Charlotte has committed $12 million in voter-approved funds, including $5 million of Housing Trust Funds (HTF) and $7 million from Neighborhood Improvement bonds. The collective sources fund the holistic community redevelopment and allow the incorporation of multiple critical factors including:

“With participation from a strong team of partners and funders, we are laying the foundation for a systemically-focused approach that will create a positive ripple across the surrounding community,” said Dionne Nelson, CEO of Laurel Street Residential.

The first phase of residential development, named The Retreat at Renaissance, will consist of 110 affordable rental units for seniors at 60% of area median income or below.  These units will be all one-bedroom flats located within a four-story building with elevator access.  The building will have amenities tailored for its senior resident community such as a multipurpose room, library, business center, exercise room, along with exterior amenities such as covered seating areas, gazebos, and garden plots.

Further, Laurel Street Residential was recently awarded $865,439 in annual tax credits by the North Carolina Housing Finance Agency for the second phase of residential development, 74 mixed-income family units. The family component, The Residences at Renaissance, will consist of 224 total mixed-income family rental units at completion, and it is scheduled to begin construction in 2013. The apartments will provide homes to the full spectrum of working families from market rate to 30% of the area’s median income and below.  The family phase of development will also include a multi-functional 14,000 square foot community building which will provide management and amenity space for the multi-family units as well serve other community center functions including state-of-the-art technology access and learning. The community center will be built to LEED® Silver standards.

“It will help meet the city’s affordable housing needs by providing quality, well-managed, mixed-income housing, the inclusion of an educational component, and environmentally friendly building techniques,” commented Pamela Wideman, housing services manager for the City of Charlotte Neighborhood Business Services. “The Renaissance is an excellent example of what can be accomplished through public/private partnerships and a win-win for the city of Charlotte and its deserving citizens.”

Among the most innovative strategies incorporated into this plan is the creation of a high quality, “cradle-to-career” educational continuum to leverage positive change beyond The Renaissance.  The Educational Village will include both an early childhood education center and a K-8 charter school located at the entrance of the new community.  Planning is already underway with Central Piedmont Community College (CPCC), to take advantage of the proximity of CPCC Harris Campus for adult education enrichment. Mecklenburg County Park and Recreation department has developed a plan to enhance Southwest Park and further leverage Southview Recreation Center as an impact of the revitalization. The community will also include connections to Taggart Creek Greenway trails.

“We are very excited about the cradle-to-career educational village concept,” said Joel Ford, chairman of the board at Charlotte Housing Authority. “We are looking forward to leveraging partnerships with organizations such as Thompson Child & Family Focus and CPCC to help break the intergenerational cycle of poverty.”

The overall community will also have a large emphasis on sustainability. The developer is pursuing LEED® Neighborhood Development certification for The Renaissance master plan. In addition, the team was awarded an Affordable Green Neighborhoods Grant through U.S. Green Building Council.  Residential units will be built to Energy Star standards and seek Enterprise Green Communities certification. Neighboring Concepts is leading the community through the LEED® certification processes and master planning and Cari Jones Architecture is the lead architect on the project.

The Retreat at Renaissance will be privately managed by WRH Realty Services. Management for other phases has not yet been confirmed. Admission criteria include a preference for working families or seniors who are former residents of Boulevard Homes, in addition to meeting the mixed-income targets for the community and standard credit, criminal and rental history screenings. Prospective residents will have the opportunity to apply for Phase I senior apartments beginning January 2013.

Laurel Street Residential and its general contractors are working closely to identify and select additional local minority contractors to be added to The Renaissance’s construction teams.  MWBE involvement has been influential in the redevelopment thus far.  MWBE members of the core development, construction and design team include Laurel Street Residential, Miles-McClellan Construction. R.J. Leeper Construction, Cari Jones Architecture and Neighboring Concepts.  The development team has committed to deliver on MWBE, Section 3 and small business enterprise (SBE) participation goals across the project.