New wave of affordable housing units planned for Charlotte, including near light rail 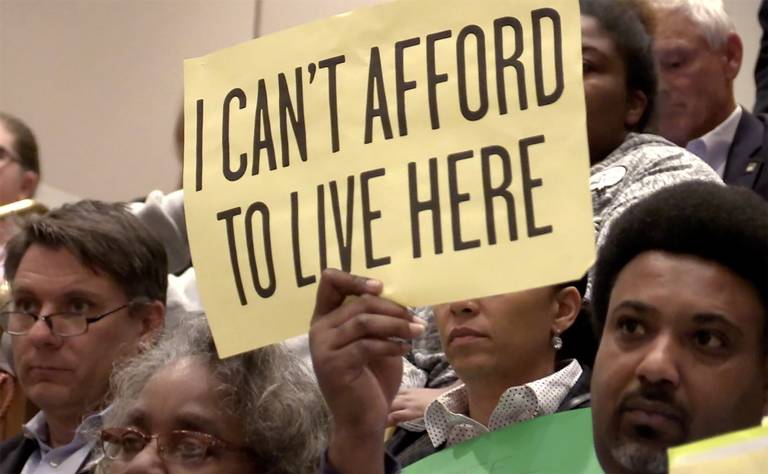 As Charlotte grapples with a shortage of affordable housing units, city council approved several projects Monday night that will bring hundreds of low-cost units to the area. This includes some multifamily housing communities near the light rail line.

At Monday’s meeting, the council OK’d rezoning requests for projects in uptown, south Charlotte and the university area, allowing plans to move forward for the developments.

A city study found that Charlotte has a shortage of around 34,000 affordable housing units. In recent years, city leaders have made the issue a priority, especially after a 2014 study ranked Charlotte last among 50 cities for economic mobility. Still, a 2018 Observer report showed that many of the affordable housing units that have been built do not serve the poorest residents in the city.

With more money than ever for affordable housing in Charlotte, the projects present an opportunity for the city to help address the crisis.

Here are more details on the projects that received rezoning approvals, though developers would need to separately seek the city funding for affordable housing.

Developer NRP Group plans to build up to 200 affordable units along Forest Point Boulevard, near the intersection of Arrowood Road and Interstate 77, according to documents filed with the city. The apartments will be available to those earning an average of 60% of the median income in Mecklenburg County, or around $44,460 for a family of four.  The Ohio-based real estate firm is also building The Platform Lofts, which it says is one of the first affordable multifamily housing communities on the Lynx Blue Line extension. That project, adjacent to Old Concord Station near the Hidden Valley neighborhood, will add 198 units. Like the project in South Charlotte, the Platform Lofts units will be reserved for those making 60% of the area median income.

Little Rock AME Zion Church and Laurel Street Residential are partnering to build 80 to 100 affordable housing units at the intersection of North Alexander Street and East 7th Street in uptown, on land owned by the city and the church. The project is significant because rents in uptown are higher than in any other part of the city, industry data shows.

Lee Cochran, senior vice president at Laurel Street, said the project will serve a mix of incomes, ranging from 30% of area median income to market rate rentals. The Rev. Dwayne Walker said he’s seen the need for affordable housing in his community firsthand. He said his daughters struggled to find places to live in Charlotte after graduating college. “We’re so far behind with (affordable housing),” he said. “People just don’t have a place to stay.” He said he also hopes that the church can offer services such as early childhood education and workforce development to the residents.

Two historic “shotgun” houses sit on the land where the church and Laurel Street plan to build the community. For much of the 20th century, those narrow, single-story houses were the most common type of house in black neighborhoods in Charlotte, and were often rented by absentee landlords. But many were destroyed during the urban renewal of the 1960s and 1970s. Walker said they are close to finding a new location for the homes. Cochran said his firm and the church also submitted an application to the city for both the private and public funds for affordable housing.

City Council also approved the rezoning for a project Laurel Street is planning in the university area. The developer wants to build between 80 and 100 affordable housing units near the intersection of North Tryon Street and University City Boulevard, also on city-owned land, Cochran said.

He said specific plans for the site, including what income levels it will serve, are still in the works.