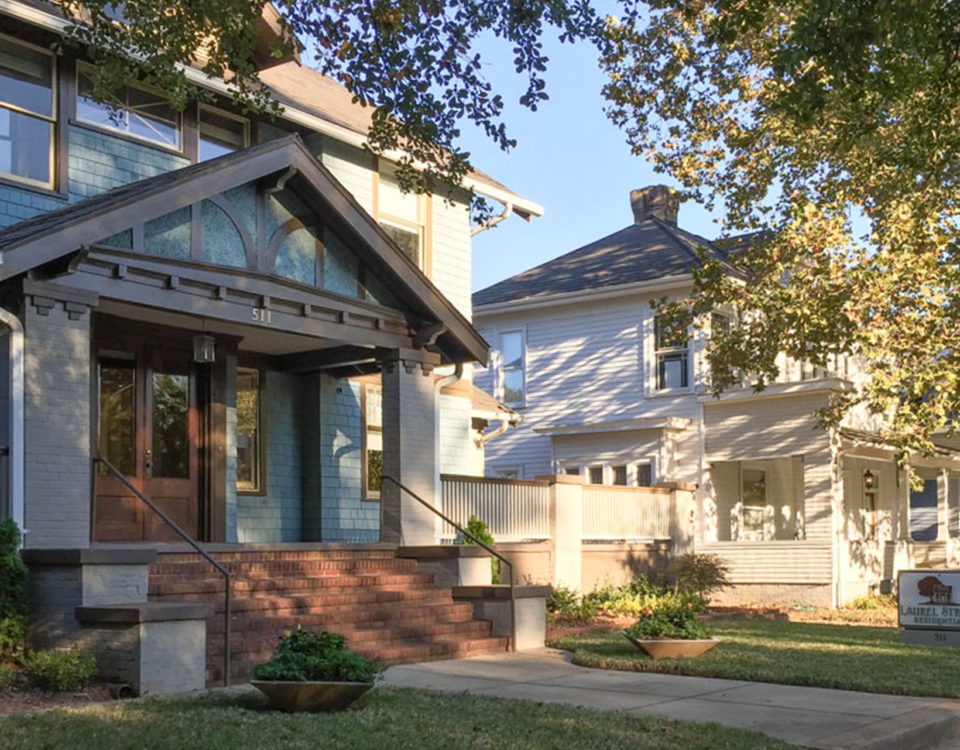 Dionne Nelson is the majority owner of Laurel Street Residential, a new affordable-housing development firm based in Charlotte.

Laurel Street Residential will start with finishing three former Crosland affordable-housing projects that are at various stages of progress: redevelopment of the crime-ridden Boulevard Homes community built in 1970 in west Charlotte; Park Terrace Apartments, which just opened its first two of three phases in High Point; and the Dove Street Redevelopment project in Richmond, Va., planned for multiple phases through 2015.

Nelson comes from Crosland, which she joined in 2007 as an associate in the residential division to do affordable-housing development. By the time of Crosland’s dissolution last year, she had risen to senior vice president of affordable housing development and operations.

Nelson has an MBA from Harvard University. She earned her undergraduate degree from Spellman College, where she studied economics.

She spoke to the Charlotte Business Journal this week about her background and the challenges of starting a new company.

What brought you to Charlotte?

I came to Crosland directly from Boston. I am originally from Columbia, S.C. I have moved a lot, doing everything from investment banking in New York to consulting in Chicago. But the move to Charlotte was an attempt to get closer to home and be back in the South and have an opportunity to do something in the community and the area that I was really familiar with.

How will your educational background affect your role as a company leader?

At Harvard, you don’t have to specialize; it’s a generalized MBA. And I tended to study a lot about entrepreneurship and social sectors. I always kind of had a bent towards wanting to do something that was community oriented. I didn’t know if that meant working for a nonprofit, doing something of that nature. But I also knew I had a desire to own and run a small business. This is actually the first opportunity where those two things are starting to come together.

Did you consider moving on to a new employer or career as Crosland broke apart, or was starting an affordable-housing company a goal you had envisioned?

Given the prospective projects that we had in the pipeline and the team of folks that I worked with — it wouldn’t have just been me transitioning to a new job. It would have been three or four great colleagues who would have been forced to find new employment.

I thought it was important to at least give it a serious shot. And we were very well received in the market.

How do you plan to rebrand the Boulevard Home redevelopment?

We have not renamed the community yet, but we will. We have started discussions with the community about what the name ought to be. But we — as we have in many of the other redevelopment efforts that Crosland participated in — will rename that redevelopment as it is appropriate for that new community, to give it a new face and a new image for the neighborhood.

How long did it take Laurel Street Residential to acquire Crosland’s affordable-housing division?

How did you raise the funds to start Laurel Street Residential?

We went out and raised money from equity investors, and I have one primary equity investor, John Crosland Jr. This is John’s personal commitment to supporting something he believes in, which is affordable housing. And by investing in Laurel Street Residential, he was able to create a platform where the affordable development work that we have worked long and hard on can continue.

Did you go to him or did he come to you?

I went to him — and gave him the pitch. And he evaluated it like it was an arm’s-length, true business investment.

And I must say, John Crosland Jr. is a strong negotiator. At the end of the day, Mr. Crosland is going to do his best at every point and time to make a good business decision. And from a community perspective, he also believed this was the right thing to do.

Why Laurel Street? What’s the reason behind your company’s name?

Laurel Street is the street where my great-grandmother lived when I was a child. And so that has dual meaning for me. On one hand, she was the matriarch of my family. I think about the values I want my company to present. I got those values from her. Hard work. Integrity. Being a team player and working collaboratively to make things a success.

The second part of it really is about real estate. It was an urban in-town community. One where you could walk tree-lined streets. Where you knew your neighbors and you walked to the store.

And so from a real estate perspective, it really does represent the type of community that I think we should be building. One that is connected. And one where people enjoy living and getting to know their neighbors.

Read the original article in the Charlotte Business Journal.