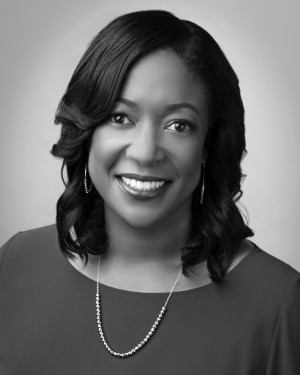 Dionne Nelson, president and CEO of Laurel Street, has her residential development company poised to take the next big step. “2021 is a growth year for Laurel Street,” says Nelson. “We plan to double our pre-COVID-19 production and invest significantly in our company infrastructure and team capacity.”

Most recently, the Charlotte, North Carolina, company’s peak production was 400 to 500 new construction starts per year. Now, it expects production to grow to approximately 1,000 new starts per year plus select acquisitions of naturally occurring affordable housing properties. “We’ve been planning this growth for some time,” Nelson says. “We can see the pipeline effectively doubling. We’re also building our team and our infrastructure. It’s nice to be focused on moving forward and growth coming out of what was a tough year for most of us in the industry.”

Approximately half of the projects going forward will focus on low-income housing tax credit developments. The other half will be workforce housing projects that are not financed with housing credits but will still include some affordable units. “It allows us to serve a population in a market that is underserved, which is that ‘missing middle’ that we talk about,” Nelson says. “Because there is no federal subsidy that supports these units, they are relatively difficult to structure and finance, but it can be done with some creative blending of units and collaboration with investors.”

Laurel Street is entering its milestone 10th year in business. Nelson, who earned an MBA from Harvard, made the bold move to start the firm after working at Crosland. When the longtime real estate company decided to divest several of its operating divisions, including affordable housing development, Nelson raised capital and formed Laurel Street, taking over several Crosland properties that were under development and then finding additional deals while growing her team fivefold.

Now that the company has a portfolio of about 3,600 units and a strong pipeline, Nelson also is working to build the infrastructure to support the growth.

The company recently became the first organization to receive an investment from TruFund Financial Services’ $26 million Impact Developers Fund designed by TruFund, Morgan Stanley, and the Ford Foundation to provide capital and technical support to emerging real estate developers, especially businesses led by women and people of color. It’s corporate capital that will assist Laurel Street in its capacity building, including expanding its workforce and strengthening its infrastructure.

It’s important to Nelson to not only build a diverse staff at Laurel Street but to support and work with other minority-owned businesses. “We’re thinking about how we can extend that in a more robust way at the project level or in our company spending and who we partner with,” she says.

She’s a trustee for the Urban Land Institute (ULI) and a member of the national advisory board for the ULI Terwilliger Center for Housing and ULI’s Affordable and Workforce Housing Council.