950 affordable housing units across the city could be coming soon 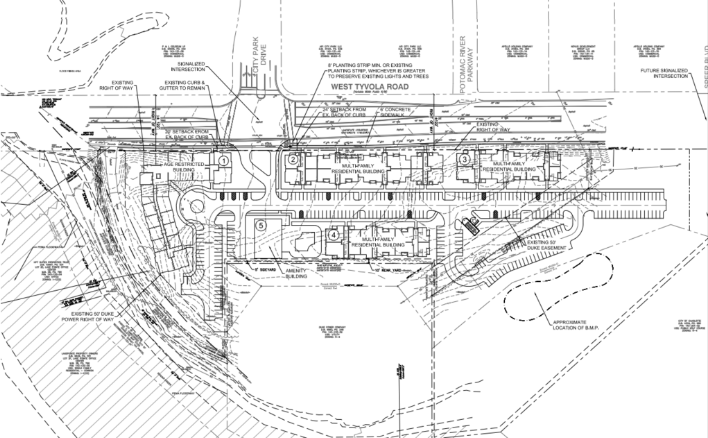 Eight affordable housing projects totaling 950 units stand to receive $33 million in public and private investment under a plan Charlotte officials are recommending to the City Council.

The proposals — six new developments and two renovation projects — would receive $12.8 million from the public Housing Trust Fund, $4.9 million in city-owned land and nearly $5 million in reduced interest, as well as $10.4 million from the private Charlotte Housing Opportunity Investment Fund in the ongoing effort to build or preserve affordable housing.

The twin $50 million public and private funds are designed to work together to build or renovate affordable housing projects. Pamela Wideman, Charlotte’s director of housing and neighborhood services, told council members Monday that public money in the proposed deals stretched further than previous projects, thanks to new complementary private dollars. “You have more partners, more skin in the game,” Wideman said, noting funding from the private fund and inclusion of housing vouchers in some deals. “That means you, the Housing Trust Fund, have to put fewer dollars in because of the dollars you have from the other partners.”

On average, each unit will cost about $18,000 to build or refurbish, compared with $30,000 per unit in previous deals that the trust fund financed. The two multi-family units contribute to an effort to save so-called “naturally occurring affordable housing,” or NOAH. Across the eight proposals, 21% of units are priced for households earning 30% of area median income, or AMI, while 11% are priced for above 80% AMI or unrestricted on income. The remaining 68% of units fall in the 30-80% AMI range.

Voters in November approved $50 million in bonds for the public fund. The private fund has raised $44 of its $50 million goal, according to Foundation for the Carolinas, which is raising the money.

The recommended projects are:

Several council members requested an explanation for why projects were recommended or discarded. Six proposals were not recommended to move forward. Councilman Justin Harlow, a Democrat representing District 2, noted some of the rejected deals had a higher percentage of units with rents priced for the lowest income levels. Council members will meet with housing department officials again July 15 before they are expected to vote on the recommendations July 22.